Simplifying and streamlining the CAD environment for Svensk Kärnbränslehantering (SKB)

Svensk Kärnbränslehantering (SKB) is working on one of Sweden’s largest and most important environmental protection projects. Its mission is to safely dispose of all radioactive waste from Swedish nuclear power plants. Regardless of the future of nuclear power, existing nuclear waste must be dealt with in the short and long term to protect people and the environment. This is SKB’s mission.

For 40 years, SKB has been researching the final disposal method known as KBS3, which involves putting radioactive fuel in copper capsules surrounded by bentonite clay and burying them approx. 500 metres down in Sweden’s bedrock.

Several new facilities will be built within the scope of SKB’s mission, but there are still a number of old facilities currently in operation. The older facilities were built in the 1980s, which means that SKB needs design tools that can handle modern information and technology such as 3D, VR, BIM, etc., as well as older formats such as 2D, raster, etc.

CAD software is inherently very complex, which is why IT departments typically do not have the skills to implement and package this type of software. It takes time to develop the required knowledge for this type of packaging; upgrades to CAD software also often take a long time and a lot can go wrong along the way.

In addition to these challenges, it is extremely important that the CAD environment does not become too complex for users – the designers. In other words, it is about keeping the number of design tools down without losing any required functionality.

Simplifying and streamlining the CAD environment

For SKB, it needed to be made easy for the IT department to deliver CAD software to designers while also streamlining the CAD environment. SKB therefore chose Symetri’s CQi concept, which offers a unified way to package, configure, deploy and maintain all CAD software.

“After the first test we were ‘stuck’, but in a positive way. I can’t see how we could do this more efficiently ourselves.” – Per Sandberg, CAD Coordinator, SKB

Today, SKB has nearly 100 designers using CAD tools in their work. They were early adopters of virtual CAD computers and now about 80% of the designers work with CAD Virtual Desktop Infrastructure (VDI). Designers use a laptop to run their CAD computer directly from a physical server located in a data storage centre. A major advantage of this is that software updates, patches, etc. can be handled centrally and do not need to be done on each individual computer.

Share and revise designs/models efficiently with the same software version

It is important that all the designers at SKB use the same software version so they can efficiently share and revise designs and models. SKB has also chosen to streamline the CAD environment by developing two different types of installation packages to meet the needs of different designers. The two installation packages contain a lot of CAD software and should work for all disciplines, but while the 2D VDI package is mainly used by electrical designers, the 3D VDI package tends to be used by designers in construction & mechanics.

SKB currently has about 30 different CAD applications with links between the different systems, including two different Product Data Management systems (PDM) that must also support the CAD tools used. Thanks to Symetri’s extensive experience in CAD software packaging, compatibility is ensured through careful testing and quality assurance so that all installations are done in the right order and requisite files end up in the right place.

Symetri helps SKB put together finished, pre-tested installation packages that are then available from a virtual ‘storage shelf’ – ready to be installed by SKB.

The last major software update carried out by SKB started in January 2021 and should have been implemented in April of the same year, but it was set back one month due to delays in the new version of the PDM system Solidworks PDM. The implementation instead took place in the beginning of May 2021.

“To have managed to complete this large and comprehensive update with all these different software programs in just four months is fantastic! A big part of it being so fast is that packaging and setup is so incredibly smooth in CQi.” – Per Sandberg, CAD Coordinator, SKB

In addition to installation packaging, SKB has chosen to invest in CQFlexMon to have a better overview of its licence usage. With CQFlexMon, SKB can easily see the usage rate of different licences by seeing who is using them, when and for how long – right now, a week ago or last year – regardless of the licence model or mix of licences used.

“For us it’s very valuable to be able to go into CQFlexMon and see when our licences are in ‘full’ use and if they have been for a long time, as well as going back several quarters to see if there is a trend. The reports in CQFlexMon provide a reliable basis for decision-making on licence purchases by demonstrating usage over time and in real time.” – Per Sandberg, CAD Coordinator, SKB.

The collaboration with Symetri has enabled SKB to be highly efficient in rolling out new versions of design software used within the organisation. Because software is properly packaged, SKB benefits from significant time savings, with lead times for producing a new installation package being about 2-3 weeks.

During implementation, Symetri provides a strong base of knowledge in pre-packaging and quality testing, as well as know-how on the required structure of programs and files and the order in which they need to be installed for everything to work. Installation packages are also optimised by minimising the amount of data and number of files installed, often more than halving them.

ROI – factor 3, estimated at one-third of the time and cost.

“My understanding is that our major upgrade of all CAD software would have taken at least three times as long to package in the traditional way and that the whole project would be estimated to have taken at least a year. For those of us in IT who work in the design environment, needing to distribute just a single line of code is a huge benefit.” – Per Sandberg, CAD Coordinator, SKB.

SKB saves time and money because the organisation around CQi is highly structured and Symetri is so efficient at packaging this type of software. Another contributory factor to the success is that SKB has experienced excellent personal contact.

“CQi is not just a software packaging solution, it’s an investment in knowledge built up over many years.” Fredrik Berg, Engineering IT Management, Symetri


For us it’s very valuable to be able to go into CQFlexmon and see when our licences are in ‘full’ use and if they have been for a long time, as well as going back several quarters to see if there is a trend. The reports in CQFlexmon provide a reliable basis for decision-making on licence purchases by demonstrating usage over time and in real time.

In 2021, Alexander Alniemi and his colleagues at Brandprojektering Sverige AB began to take a closer look at Bimfire Tools, a Revit plugin for fire safety design in a BIM environment. Today - almost a year later - Brandprojektering AB is one of the few companies looking at bringing fire protection into 3D. 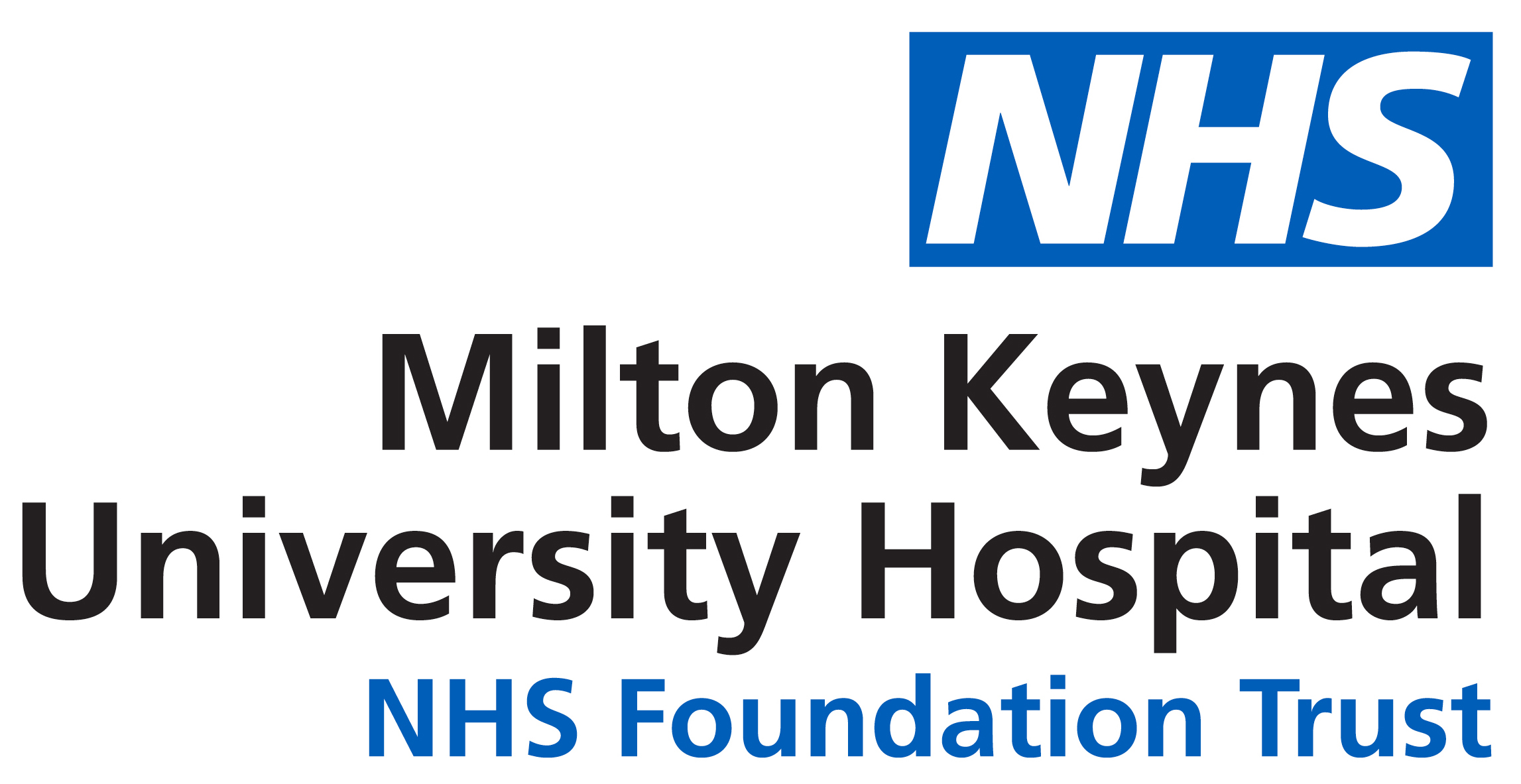 Milton Keynes University Hospital (MKUH) NHS Foundation Trust is a medium sized district hospital that provides a full range of acute hospital services and an increasing number of specialist services to the growing population of Milton Keynes and the surrounding areas. With around 550 beds and employing more than 4,000 staff, the hospital sees and treats approximately 400,000 patients each year through their outpatient and emergency services facilities.

Craven Fawcett | How a 180-year-old company, manufacturing products you are likely to see every single day embraced Realtime 3D to increase market presence.

Established in 1843, Craven Fawcett is a pioneer in the field of clay working machinery, helping the UK build and maintain one of the most efficient clay working industries in the world. Craven Fawcett Limited is a division of Group Rhodes, one of Europe’s largest original equipment manufacturers in the areas of metal-forming, material handling, waste management and clay preparation applications.