The firm is a national group member of the Technical Apprenticeship Consortium, an employer-led group of consulting engineering firms employing circa 1,500 apprentices a year throughout the UK. Crofton Consulting defines its mission as having a positive impact on the communities it touches through its work, and on the people it employs.

All the company’s engineers are fluent in both AutoCAD 2D and Revit modelling techniques. They are supported by an in-house digital development team that constantly works to improve the quality of output, and automate production; freeing up valuable cognitive time to allow engineers to think of the most effective solutions for clients.

This case study tells the story of how Crofton Consulting adapted the leading e-Learning solution, Pinnacle Series, to support its preparations for ISO 19650 certification; innovative thinking in action, in partnership with Symetri.


“We saw wide-ranging potential in Pinnacle Series both as a unifying platform for all our own documentation and as a support for demonstrating our processes for ISO 19650 certification. Excitech understood that we were breaking new ground with this approach and put us directly in contact with the Eagle Point team, to explore the full potential of the software. This was a proving moment for what we planned to do and we have Excitech to thank for making it all possible. Their great relationship with the vendor led to a collaborative effort where everyone involved was working only in the best interests of Crofton Consulting”.

The connection between e-Learning and demonstrable best practice
Crofton Consulting is committed to promoting lifelong learning for its teams through a combination of formal academic study, short courses, CPDs and subscriptions to dedicated AEC learning platforms.

On the e-Learning front, it had begun to discover that staff engagement with the company’s existing e-Learning platform was low. The modules were felt to be too long, the platform’s analytical tools afforded little insight into usership, and there was no reliable way of assessing skills gaps.

The company decided to look for a new solution. Along the way, investigating fresh approaches with Symetri, it became apparent that there was a platform which could fulfil the e-Learning requirement and could be used to demonstrate robust processes in line with ISO 19650* standards. Crofton Consulting could use the platform as a support tool in gaining BIM certification.

With the ability to address more than just the training challenge – but to also build firm foundations for certification – an additional challenge became embraced in the scope of the project. As well as improving training engagement and outcomes, the ancillary question was around achieving ISO standards.

The added challenge – How to implement, ensure, maintain, and prove consistent standards
Barrie Sharp has been with Crofton Consulting since 2014. In his current role he heads up the firm’s in-house digital development team: “The dual benefit became evident when Symetri took us through a demonstration of Pinnacle Series”, says Barrie. “When I understood that we could add our own documents onto the Pinnacle Series platform, the immense flexibility of what we were being presented with became clear”.

* The former British Standard (BS 1192) for the collaborative production of Architectural, Engineering and Construction information has now been incorporated into the new International Standard for construction data management known as ISO 19650.

The solution – Part one: Identify the skills gaps, and plug them
Barrie had specified not just that the solution would generate increased staff engagement, but also that it would allow targeted training – bringing a more personal feel to the training process – and that it could be customised.

Symetri proposed a strategy that could adapt both to the individuals’ and to the company’s goals, and project requirements, by:

“As far as the ‘ongoing resource’ aspect is concerned, we saw possibilities that could extend beyond training. Symetri’s demo had really got the whole team interested. This included our Compliance Administrator, who saw that by loading our own content on the platform we would have a robust central repository for all company documentation and workflows; areas upon which adherence to ISO 19650 standards critically depends”, says Barrie.

Extending the value of a centralised document repository
The ideas that Crofton Consulting were developing were all possible, but Symetri believed it would be best to put Crofton Consulting together with Pinnacle Series product owners, the originators and authors of the software.

“Symetri’s proposal to establish an open and collaborative dialogue between Crofton Consulting and Eagle Point Software was the big pivotal moment in developing this project”, says Barrie.

“It was a very professional thing for Symetri to do. I believe it’s not something many companies would do, given a general tendency to be protective about their own commercial contacts. This wasn’t a concern for Symetri. They simply and genuinely wanted the solution to work for us”.

The solution – Part two: Pinnacle Series and ISO certification
Barrie and his team viewed Pinnacle Series both as a central ‘library’ for storing company documentation and accessing the extensive range of pre-loaded modules across the Autodesk range and other applications, and as a facilitator for processes that define how the company works. This latter benefit emerged in the one-month free trial the company undertook, after the initial demo from Symetri.

“We found that we could leverage the workflows in Pinnacle Series and expand them to drill down at each step of a process to show what has to be done. This becomes like a flow-chart. It is a very clean and streamlined way to navigate the documents on the platform. It was a short step from this realisation to embracing a ‘one single platform’ approach to both processes and standards.

Making Pinnacle Series pivotal
“Pinnacle Series has re-shaped how we encourage staff training and self-development, and also completely changed our outlook when we were preparing for the ISO 19650 audits”, says Barrie. “Using KnowledgeSmart integration to identify and address skills gaps with tracking we were able to provide proof of the activities in audit situations. We can show when an identified training task has been completed.

At last we have metrics for measuring staff engagement, which has improved immensely. The modules are not long and tedious but short, sharp and to the point. This holds a person’s attention and makes it more likely that they will retain the knowledge or skill they have gained. On top of that, our success in gaining ISO certification was absolutely enabled by Pinnacle Series”.

Barrie explains that the auditors involved in the certification process were “…excited. They were very impressed and this sort of approach was completely new to them”. Crofton Consulting staff are excited too. Pinnacle Series now sits in the heart of the business. “It is used for everything from software application training to timesheets, onboarding and offboarding, naming conventions, setting out new jobs, creating fee proposals…in short, any and all documentation and standards that a modern engineering consultancy ever needs recourse to”.

The right tools available to everyone
Training accessible via the platform is not just for technically focussed staff but offers self-improvement of skills for all employees. As an example, it includes tutorials, and useful short-cuts for Microsoft Word and Excel. In this regard the software appears accessible and friendly to all, enabling users to discover new functionality and new depths in applications they may have thought they were already hugely proficient in.

“We have a committed learning culture at Crofton Consulting,” says Barrie, “It’s a culture that our MD, Steven Hale, is passionate about nurturing. Steven believes that learning is part of everybody’s job, and it’s part of the company’s responsibility to make the right tools available to everyone, when they need them. Pinnacle Series is now a valued asset in supporting our development and personal growth culture. It has been a superb collaborative journey for us working with Symetri and Eagle Point, ensuring we have the multi-dimensional benefits of Pinnacle Series”.

A unified location for knowledge, information, and consistent practices 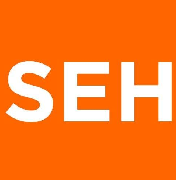